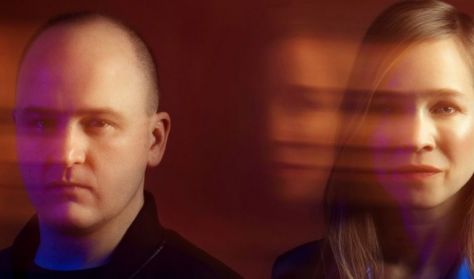 Veronika Harcsa, Bálint Gyémánt and time - the relationship between the three contains some genuine thrills, and in more ways than one. The name of their new record is About Time. Being in time to the music is an art, while the distinctive rhythms of time are the soul of jazz.  more

There is also a more subjective interpretation: a special moment has arrived in the life of the two musicians. Both their mentors and their huge influence are still active, and the younger generation, perhaps influenced by them, arrive with a mature, fresh sound. The duo felt that now is the time to celebrate all of the above.

Müpa Budapest also has an important role to play in their relationships. Veronika Harcsa made her debut with her quartet at the Jazz Showcase in 2008. Soon after, Bálint Gyémánt performed at the same event as a member of the Transform Quintet. In 2011, with the addition of Bálint, the Veronika Harcsa Quartet became a quintet for one-time only to perform an acclaimed concert at the Béla Bartók National Concert Hall. Since then, due to the acclaim they receive and their creativity - which always spurs them to express something new - barely a year has passed without them receiving an invitation to play at Müpa Budapest, either on their own merits or as guest performers. The quartet, with the Belgian Nicolas Thys on double bass and Antoine Pierre on drums, first performed at Müpa Budapest in June 2019, when they presented their album Shapeshifter. On this occasion, the duo's elder colleagues will include the guitarist Attila László and the woodwind player Mihály Dresch, while the singer Emma Nagy and guitarist Péter Cseh represent the latest generation of young talents. Together, they will demonstrate interrelated influences that unfold in inscrutable and magical ways. In the most uplifting moments of their play together, you will feel like time itself has ceased to exist.

For fifty years, this "Sebőfication” has indeed been a process that in its initial phase played a key role in…