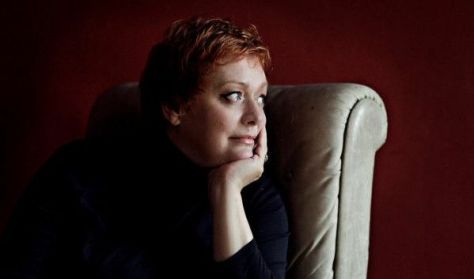 A rainbow of sounds from the orchestra, enigmatic dialogues and mysterious riddles. Not to mention a treacherous dwarf and a glorious young hero. Who after slaying a dragon and tasting its blood, is able to understand the prophetic singing of a bird.  more

There's an old Hungarian expression: "It's better to fear than to become frightened." Siegfried, the hero from German mythology at the centre of Wagner's Ring, is famous for the fact that he does not know what fear is. A high-spirited son of the forest and a friend of the wild animals living in it, this strong young lad is not somebody one would want to tangle with. There are very few people around today who resemble him. Nevertheless, we are all Siegfrieds in a certain sense in that most of us have trouble discovering who we really are, and it is only as we travel down the path of life that we gradually learn what we are truly capable of.

A rainbow of sounds from the orchestra, enigmatic dialogues and mysterious riddles. Not to mention a treacherous dwarf and a glorious young hero. Who after slaying a dragon and tasting its blood, is able to understand the prophetic singing of a bird. And then crosses through a wall of fire to discover both the woman who is his mate and, through his love for her, fear. These moments - along with a host of other ones - are what make the tale of Siegfried so magical. But there are many other aspects as well, such as generational conflict, when the brash youngster settles the score with an ageing Wotan, now known simply as the Wanderer, in the crudest possible terms. And the work also carries a warning: lurking inescapably at every fork in the road and behind every tree is fate. One has to ask: is Siegfried truly a worthy successor to the Wälsung name? Or is his instinctive behaviour a sign of decline, meaning that he himself is merely an unwitting implement of destiny? As a great artist, Wagner rarely provides clear answers. Taking on the role of Siegfried this time will be the wonderful German heldentenor Stefan Vinke, while Mime will be sung in this production by the Swiss tenor Cornel Frey, who has portrayed the scheming dwarf several times before as a member of the Deutsche Oper am Rhein Düsseldorf/Duisburg. After two nights with Tomasz Konieczny singing Wotan, in Das Rheingold and Die Walküre, the character - now referred to as "the Wanderer" - will be taken over by the majestic Latvian bass-baritone Egils Silins. Portraying Brünnhilde at both performances as, guarded by the flames, the heroine awakens with feelings of ambivalent amazement at her new fate, will be Catherine Foster.

The Dutchman Joep Beving, who was born in 1976, is one of the most listened-to piano players in the world.…