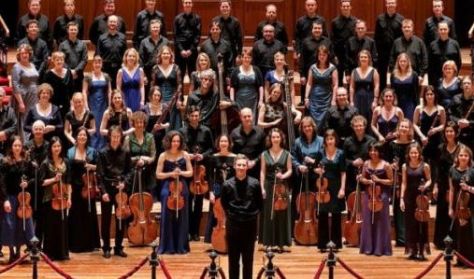 There is nothing more sublime than getting in the Christmas spirit by listening to music. And there could be no more fitting composition to create an animated, uplifting atmosphere in the run-up to the festive season than Messiah, Handel's magnum opus which presents the life path of the Saviour.  more

This large-scale composition has a powerful connection to the history of British music: its performance is an age-old tradition in the island nation. Which is why it will be a truly special pleasure to witness a performance from a storied English orchestra, the King's Consort, of the oratorio from the great Baroque composer, who was born in Germany but later became a naturalised Brit. And let us add that the vocal soloists are also truly world class!

Listening to Handel's enormous three-part work detailing the life of Christ, you will be amazed by one fact: the composer wrote the composition in late-summer 1741 in just 24 days, using a compilation of texts from the English poet Charles Jennens's collection of biblical quotes. The work was first performed in public in Dublin on 13 April 1742. Following its 1743 London premiere, the oratorio was performed in the city each year - including 34 times during Handel's lifetime. The proceeds were donated to the Foundling Hospital for orphaned children. This tradition helped establish The Messiah as a cult work in the UK. The English harpsichordist, conductor and musicologist Robert King was a student at St. John's College of Cambridge and sang in the college's famous choir. It was also during his university years that he founded the historical ensemble, The King's Consort, who play period instruments. For several decades, the ensemble has been performing concerts and making records featuring important compositions from the early music repertoire, including the works of Monteverdi, Purcell, Vivaldi, Bach, Handel and Mozart. The four vocal soloists, Sophie Bevan, Hilary Summers, Joshua Ellicott and Edward Grint, represent the very best of British singing.