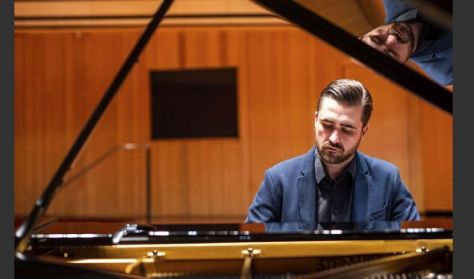 At the concerts of the Discoveries series, we have grown accustomed to meeting young talents from both Hungary and abroad - along with the unfamiliar and rarely appearing musical treasures they perform on these evenings.
more

The special piece on the programme at this concert of the Szeged Symphony Orchestra is Schumann's almost never played Faust Overture, and as far as the young musicians we'll be getting to meet are concerned, both competition-winning pianist Gergely Kovács and South Korean cellist Jeongheon Nam promise to be worthy of the audience's attention.

A list of how many composers were inspired by the theme of Faust or one of the story's chapters would be a long one. Robert Schumann's oratorical composition Scenes from Goethe's Faust was only first performed after the death of its author and never became part of the repertoire. It is a work worth discovering, which on this occasion we will do through its overture. Another Schumann piece, the poetic Piano Concerto in A minor, and Dvořák's magically melodic and singular Cello Concerto, will provide an opportunity to see the achievements of two young performers: our 27-year-old countryman Gergely Kovács, a former student at Budapest's Liszt Academy, and South Korea's Jeongheon Nam, aged 30, who studied at the Rimsky-Korsakov Conservatory in Saint Petersburg, are both artists who have proved themselves many times both at international competitions and at concerts. The emotional richness and the diversity of musical characters of the two Romantic works offer the two young musicians a great opportunity to display the abundance of tools they have at their disposal as performers. The Szeged Symphony Orchestra, which has operated as an independent institution since 1969, is the most significant musical ensemble in Hungary's Southern Great Plain region. Sándor Gyüdi has served as its artistic director for nearly a quarter of a century.

Gypsy bands from Hungary and beyond

The Müpa Budapest audience can once again enjoy the Hungarian Folk Ensemble's Christmas dance show, which made its debut last year to great acclaim. The performance presents Christmas Eve, the Christmas vigil and the joy and excitement of waiting, the games and traditions of folk origins and the Christian tradition of welcoming the birth of Jesus, as well as the fairytale-like, magical stories which have developed around this day.

This legendary Swiss orchestra attained greatness during its half-century under the leadership of its founder, Ernest Ansermet. Their current leader,…