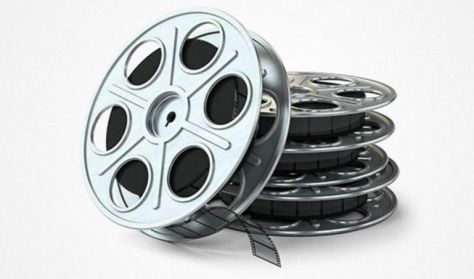 Here, we present the kind of film that can be approached from any angle. First of all, it is the adaptation of a novel written by Tracy Chevalier. It also contains a mystery: who might the model have been for one of Jan Vermeer van Delft's most famous paintings?  more

Then there is the multi-faceted drama featuring images that spectacularly reconstruct Dutch life in the 17th century, and a colourful universe that not only reference's Vermeer's picturesque world, but also the style and genres of the golden age of Dutch painting.

Though however you, the esteemed viewer, approach Peter Webber's film, its essence lies in the details. While it is true that it is highly unusual to offer applause in the cinema at the end of a particularly successful scene, we could perhaps make an exception on this occasion, given that the cinematographer Eduardo Serra composes a 'painting' from some of the scenes. What is immediately noticeable is how the film takes its colours from the palette of Vermeer. And as the camera explores this world, the images come together as still life, genre painting, group picture and portrait. Bravo! It is a unique and bewildering, and under the director Peter Webber's interpretation, human dramas are in some strange way transcended into a visual work of art. In constant oscillation. One of the sources of the drama contained within comes from the reclusive painter, who strives for perfection and refuses to let anyone into his own world - except for a single person. Yet this person, the servant Griet, is more than just as a simple model: she is a girl full of feelings and desires who experiences a personal metamorphosis after entering the realm of the artist. Another layer to the film comes from the parallel duality of cleanliness and uncleanliness. In both literal and metaphorical terms. A spectacular adventure. (Incidentally, Peter Webber is currently working on another painting film, The Medusa.)

In English, with Hungarian subtitles.
The discussions before and after the screening will be conducted in Hungarian.

An exceptional occasion: the audience will get to meet two outstanding pianists at the same concert. Both Ilona Prunyi and Péter Frankl are virtuoso instrumentalists and dedicated chamber musicians, and this time we'll hear them play compositions for two pianos.

Inspired by the success of its production, Our Love, Kalotaszeg, the Danube Art Ensemble chooses again to focus on the folk art and dance tradition of a single region, this time the Mezőség (Câmpia Transilvaniei) in Transylvania.

Contemporary Opera This performance is not recommended for chrildren under the age of 14.

"One of the most exciting personalities in the world of the historically informed performance of early music.” This is how…