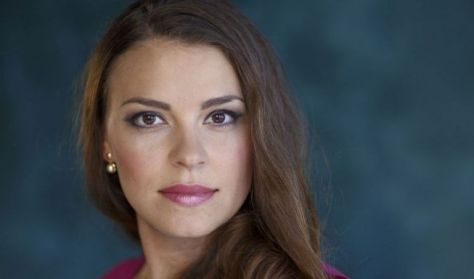 On the first of January, Müpa Budapest traditionally wishes its audience a happy New Year with one of Haydn's two major oratorios. Although we present either The Creation or The Seasons on this day, we have to confess that the decision has more often fallen on The Creation.  more

The last time The Seasons was heard here on New Year's was in 2014, with Helmuth Rilling conducting. This makes the pleasure all the greater to encounter Haydn's vocal "pastorale symphony” again now. Adam Fischer is one of the composer's most authentic interpreters, highlighting every idea in Haydn's music and bringing all his hidden messages to the surface.

Nothing good comes from an unwilling subject. What kind of work would we get if someone has no wish to set a certain libretto to music, but is nagged until he finally gets to the task? One might think that these circumstances would yield only an uninteresting work. In the case of amateurs, perhaps yes, but Haydn's genius produced a masterpiece, even if he didn't feel like composing it. (It is no coincidence that while in the service of the Esterházy family he was accustomed to being compelled to write music rain or shine.) After the enormous success of The Creation, his noble lyricist Gottfried van Swieten wanted "Papa” to set another libretto to music, this one which the baron based on the Scotsman James Thomson's narrative poem The Seasons. Haydn felt no inclination to take on the work, but the persuasion was so persistent that he ended up getting on with it, albeit grumblingly. We already know the result: another highly successful opus magnum of the oeuvre, which shows the relationship between man and nature in the light of the seasons. This time around, Ádám Fischer brings with him the Düsseldorf Symphony Orchestra, which he leads, while the Hungarian Radio Choir will serve as the chorus. Taking on the parts of Hanne, Lukas and Simon will be three globetrotting singers, all with highly trained vocal cords: Finnish soprano Tuuli Takala, German tenor Uwe Stickert and Hungarian bass Miklós Sebestyén.

One of the many factors that make the organ so great is, apart from the huge repertoire of mainly Baroque,…