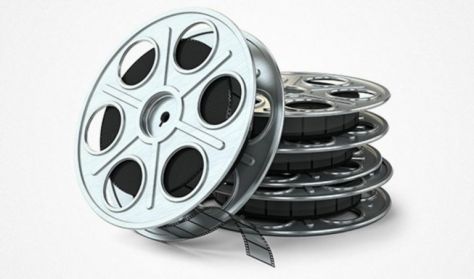 The Dutch director Paul Verhoeven is rarely mentioned as an auteur. At the same time, he has enjoyed some notable hits in the world of popular movies (Robocop, Total Recall, Basic Instinct). And while Black Book won a wide array of awards, it is also a mainstream film at heart.  more

There are two things that make it stand out, however. It has the highest budget of any film in the history of Dutch cinema. Though that's just a number. What is incredibly significant is that it touched on a point of the Dutch conscience that is still sensitive today: what they did during the German occupation, at the time of the Holocaust.

We Hungarians know all too well what a terribly difficult question that is. If it weren't so hard, there would never been so many works of literature and films that have raised the question time and again. The Dutch were in a different situation to the Hungarians, however. Whereas Hungary was an ally of the Axis powers, the Netherlands was an occupied country. Through the story of a Jewish girl, Black Book examines the myriad ways in which one can experience, live through and survive such an era. It is a harrowing piece of work, featuring almost the entire anthology of strategies and tactics of life. Do you put up with something that cannot be changed? Do you accept it? Do you wait it out? Do you try to profit from it? Do you collaborate, become an informer? Or you can also choose the resistance. There was a genuine Dutch resistance: minor armed resistance, sabotage, messages sent to the Allies, and Jews who were hidden away or helped to escape. In its own brutal way, Black Book also raises the question of whether the role played by the Dutch during the Nazi occupation is consistent with the image that the Dutch developed of themselves in the decades following World War Two. Time has failed to erode this moral dilemma. Nothing expresses this better than the fact that the story of Anne Frank is yet to fade.

In the original languages, with Hungarian subtitles.
The discussions before and after the screening will be conducted in Hungarian.
This film is not recommended for anyone under the age of 18.

NEW YEAR'S AT THE OPERA HOUSE

Gypsy bands from Hungary and beyond

Inspired by the success of its production, Our Love, Kalotaszeg, the Danube Art Ensemble chooses again to focus on the…

Please note, that this programme is in Hungarian language and we do not provide translations! Interactive production for children based…