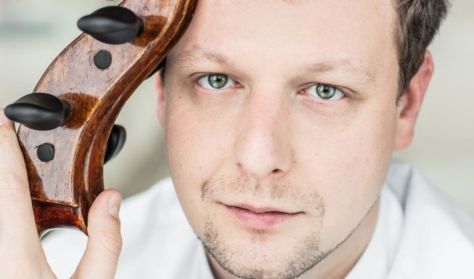 For more than two centuries after they were written, Johann Sebastian Bach's cello suites attracted no interest at all. It was Pablo Casals who played the six pieces in concert for the first time, and who also made the first recordings of these masterpieces in the late 1930s.

Generally only one or another of the suites is played at a given concert, so tonight's "complete edition" is a special occasion, made even more exciting by the fact that the audience will get to hear them performed by István Várdai, one of the most celebrated cellists of our time.

If someone ever writes the history of misunderstood pieces of music, Bach's six cello suites will surely get a prominent place on the list of unfairly underestimated works. At first, the half-dozen extensive compositions were simply unknown, and then later many people considered the works to be etudes, and of course - as with the sonatas and partitas composed for solo violin - even some of the most prominent members of posterity felt that this type of expression without a keyboard part was a "shortcoming”. Indeed, even Robert Schumann composed piano accompaniment for the six cello suites (as well as for the violin sonatas and partitas). Everything has changed fundamentally since Casals's high-profile interpretations: the six solo suites are a measure of a cellist's skill and understanding, an unavoidable test. István Várdai, one of the top cellists of our time and an professor at Vienna's University of Music and the Performing Arts, made his own recordings of the six works himself a few years ago, and we can count these interpretations as one of the most significant ever recorded in the history of the suites.

Many people believe that the Vienna Philharmonic can play any kind of music at all: it is always worthwhile paying…