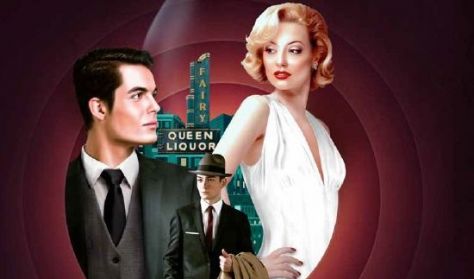 Purcell's The Fairy Queen was originally a “semi-opera”, that is, a series of musical passages created for a production of Shakespeare's A Midsummer Night's Dream which did not relate an independent story, but only took on true meaning in conjunction with the prose work. András Almási-Tóth conceives the work as an opera and incorporates the music into a new story. This version of A Midsummer Night's Dream takes place in an urban woodland, with lonely characters, crime, murder and love. The figure of the Fairy Queen here is a kind of femme fatale: a woman in search of herself and her own happiness and finding neither as she flees from one relationship to the next.

DownBeat magazine writes that this ensembles condenses talent, explosive virtuosity and acclaim to a degree that cannot really be found in other comparable jazz line-ups. The SFJAZZ Collective is a true workshop band, a community of co-creators of equal standing.

For more than two centuries after they were written, Johann Sebastian Bach's cello suites attracted no interest at all. It was Pablo Casals who played the six pieces in concert for the first time, and who also made the first recordings of these masterpieces in the late 1930s.

Opera in three acts, in Italian, with Hungarian and English surtitles

Simferopol is a city on the Crimean peninsula in Ukraine. This is where Diana Tishchenko, one of the most outstandingly…